Taxi Services: Let me bring you to beautiful beaches that offer water sports, restaurants and much more.

Your Guide to Experience the True Island of Tobago

Book ahead, Get Discount Rates. We'll be happy to accommodate.

One of several forts on the island of Tobago that shaped its history.

Tobago has the most Fascinating bird species.

One of the Hotels in Tobago

My name is Kenneth Potts and I am certified by the Tobago Tourism Board. Why choose me? Because plenty customers read about my good reviews at reliable websites such as Tripadvisor. Visitors who plan their vacation again in Tobago, always rebook my services! Also, I am a Registered member of the Owners and Drivers Taxi Association since the 80’s. Contact me to: 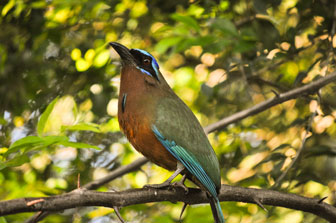 Enjoy Your Bird Watching Tours With Us 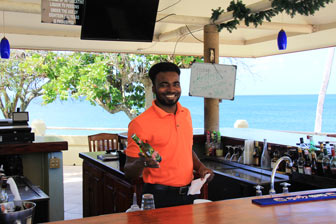 Taxi Services to and from your Hotel 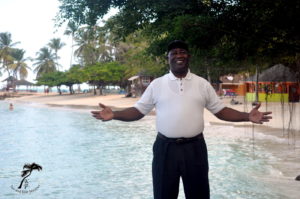 Whatever your desires whilst visiting Tobago, for all your TAXI and TOURS, I am the go-to person to see.
In addition to your TAXI transportation, I promote several types of tours: There are Sightseeing Tours and Activity Tours (for example hiking through the Rain Forest and Bird Watching, and water-sports like sailing and diving). Some tours can be adjusted to your time schedule and liking. Contact us and let us know what you are looking for!

Trinidad and Tobago are known for one of the world’s largest street parade carnivals. It is a two (2) day celebration which is held before Ash Wednesday, the beginning of LENT.

For Carnival, most locals start celebrating a week before the annual event, which is known as ‘Carnival Week.’ Most of the fetes are held before or during the carnival season. In Trinidad fetes (parties) as Army Fete, Fire Fete, Cooler Fete, etc and some competitions such as calypso monarch, soca monarch, and chutney Monarch just to name a few are held around carnival time.

Masqueraders party in costumes with bands that make beautiful home-made and some hand-crafted costumes. Many people come from all around the world and choose which band and what costumes to dance throughout the streets with.

Tobago’s carnival mainly focuses on folk elements of long ago. It emphasizes on creativity, calypso, steel pan,  soca, and sweet creole food. Some Tobagonian masqueraders visit the mas campsites when it comes to the costumes and has close communication and interactions with mas band leaders some also assist in the finishing up of there own costumes.

Carnival Monday highlights both children and adult bands parading on the streets of Scarborough.

Whist Carnival Tuesday is where most adults come out in their numbers in full costumes, this parade is non-stop until midnight

In Tobago, there are events for many tourists and locals to enjoy. Events such as:

Another exciting event is the street theatre, which is better known as J’Ouvert. It starts on Carnival Sunday with the biggest bands on the street. J’Ouvert morning is where the Mud Mas Bands comes out, it is waves of mud that passes through the streets of Crown Point Scarborough and Roxborough from as early as 3 am. For this celebration, your attire is whatever you desire and you will be covered from head to toe in purified and treated mud. After indulging in the mud you parade in the streets with hundreds of other comrades, to rhythmic music.

This Tobago experience adds up and makes an ultimate fulfillment.

Therefore Trinidad and Tobago is the places to be when it comes to playing mas and enjoying great music.

Tobago is a beautiful island and is part of the Caribbean. The beaches are stunning, with gorgeous sun sets, mouthwatering food, and happy music, things to do and so on, this island is an ideal vacation destination for everyone: Young travelers, explorers, couples, families, and friends.

Tobago is a diverse island. Touristic beaches such as Pigeon Point and Storebay, close to all amenities, restaurants, and night life. And on the other hand, we have our protected rain forest, secluded beaches, flora & fauna, coral reefs, and island life. Come and visit Tobago and go home with unforgettable memories!

How Did Others Review Us?

Read all reviews about us.